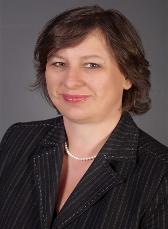 Ms. Weiss-Krull is a native of Tuttlingen, Germany.  She has earned her Juris Doctorate from Northwestern School of Law at Lewis and Clark College in Portland, Oregon. Prior to law school Ms. Weiss-Krull worked in the medical device industry in Germany as well as in the United States. She is fluent in both English, and German.

In addition to being in private practice, Ms. Weiss-Krull serves on a regular basis as a Pro Bono Attorney for services offered to seniors through Legal Aid Services of Oregon.

Ms. Weiss-Krull is one of the founding members of Zeitgeist Northwest and involved involved in the Portland German community. Both her children attend the Sophie Scholl Schule a Saturday school offering German immersion education.  In her spare time Ms. Weiss-Krull together with her family enjoys to spend time outdoors, travel, read, cook, and blogs as the person behind The Not So Cheesy Kitchen.

In addition, Ms. Weiss-Krull is an avid advocate for Newborn Screening.